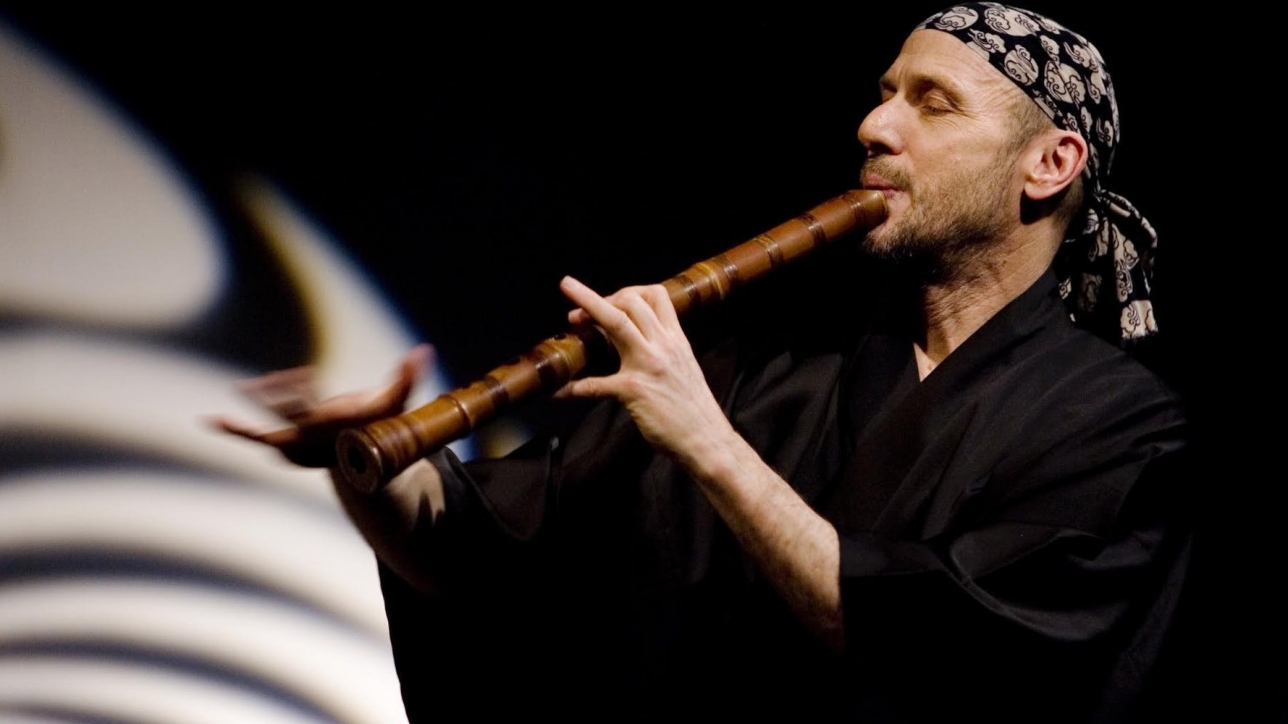 Japanese “shakuhachi” flute master and subject of a new documentary, John Kaizan Neptune will be performing in Los Angeles. He will be performing his greatest hits that span decades and transcend any one genre of music. The audience will have a rare opportunity to listen to a man who is both a focused master of the ancient art of shakuhachi and a laid-back surfer – no doubt from his California roots. Join him on a journey through his career and story as a surfer, musician, composer, instrument maker and now subject of a documentary, “Words Can’t Go There” directed by his son, David and which will be U.S. premiered at Honolulu International Film Festival.

JOHN KAIZAN NEPTUNE
John Kaizan Neptune brings to the shakuhachi (bamboo flute) a new and dynamic sound and feeling entirely of his own. A California native, Neptune received his master’s certificate in the Tozan School of Shakuhachi in 1977. He was also awarded the name “Kaizan” (“Sea Mountain”). He is the author of the book SHAKUHACHI, and has performed and recorded in many countries around the world. His second album, BAMBOO, was named Outstanding Record of the Year by the Cultural Affairs Agency of the Japanese Ministry of Education; subsequent albums (24 to date) and his concerts throughout Japan, Asia, Australia, America, and Europe have made his original music, from traditional Japanese to contemporary jazz, widely know and loved by people of all ages. Neptune, who is acknowledged to be among the top masters of the instrument in Japan, now lives in Kamogawa, Chiba-ken, where he continues to make, write for, and experiment with the instrument he had adopted as his own.