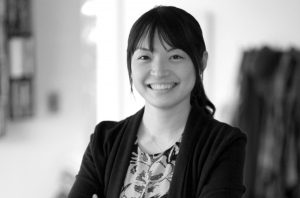 Born and raised in Japan, Chiaki graduated from California State University, Northridge with a bachelor’s degree in film production. She worked for a Japanese producer Taka Ichise (“Ring,” “The Grudge”) at his Los Angeles-based production company, and during that time has worked with a number of filmmakers, producers, and studios. Chiaki’s first producing feature film “Samurai Avenger: The Blind Wolf” (2009) was applauded at film festivals around the world and became an international cult hit. She had a successful series in this genre such as “Gun Woman” (2013) and “Karate Kill” (2016), both of which went to many prestigious film festivals and had distribution in US, Japan, Germany among others. Her recent documentary feature about Japanese Sake industry “KAMPAI! For the Love of Sake” (2015) screened at San Sebastian Film Festival, Tokyo International Film Festival, and Hawaii International Film Festival among others, then went on for a successful theatrical run around the world including in the US by IFC Films/Sundance Selects. Chiaki is currently working on several feature projects including the sequel to “KAMPAI! For the Love of Sake.” As a unique international filmmaker, she continues to produce through her own newly-established Los Angeles-based company Synepic Entertainment, Inc.